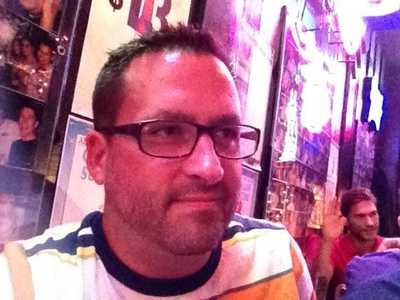 RcktMan's real name is Rick Aiello. Rick is 50 years old, is located in Illinois / USA and has been a SingSnap member since April 28, 2008. He has a total of 59 public recordings that have been viewed 5,090 times and 39 achievement points.

Music has always been a part of my life, and I've been singing as long as I can remember - from as early as the age of 3 my mom had me in front of a microphone.I clearly remember singing songs like "Top of the World" and "Star Spangled Banner" to my parents' old cassette recorder.I still have tapes of those performances today!

As I grew older I got involved in chorus singing in high school and later joined the Chicago Gay Men's Chorus after I moved from Wisconsin.As I've aged I feel like my voice has improved greatly - still a tenor and still able to belt out a tune whenever the desire hits me.I do it all for fun... but the dream of 'making it' still hits me every now and then.

I live in Chicago with my two cats Pippin and Screech.You may sometimes hear Screech singing along with me, since he loves to be heard!

Whiskey Lullaby
The Closer I Get To You
Don't Give Up (Peter Gabriel/Kate Bush)
Almost Paradise
Written In The Stars
You Don't Bring Me Flowers
How Do You Keep The Music Playing?
Up Where We Belong
Suddenly (Olivia Newton-John and Cliff Richard)
Don't Fall In Love With A Dreamer
Suddenly Seymour