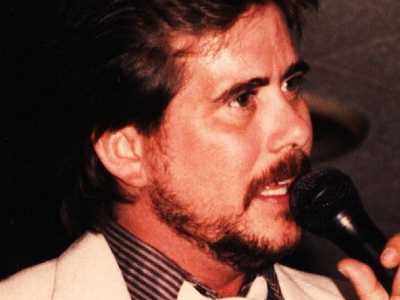 SteveMichaels' real name is Steve Michaels. Steve is 68 years old, is located in Texas / USA and has been a SingSnap member since August 16, 2008. He has a total of 74 public recordings that have been viewed 17,047 times and 92 achievement points.

UPDATE: 11/02/2010 - To ALL the many friends who listened to me singing "Try A Little Tenderness" with MLP playing his great flute in the background....THANK YOU! I am answering you all individually, but that will take longer, given my handicap. However, I do want to thank everyone for your love and the Hall of Fame.

UPDATE: O9/11/2010 - Too all my good friends, I must first thank you all for being around for my wife, Diana, after this horriffic car accident I had. I praise God for seeing Di's needs, as well as our sons. She and I were alone when I fell asleep. The next thing I remember is lying in a hospital room. Di then asked close friends and family for prayer, as well as all her SS & FB friends. God is good, and he does listen to prayers. So, thanks to you and many others, God has allowed Diana to heal from her cracked ribs and broken collar bone, and allowed me to live. I may be one arm short, but I am blessed by God's great grace and blessing.

Hey Gilley Rats, do you wanna feel old? Ask somebody in their 30's if they remember Gilley's Club. Hell, a lot of them have never even had a desire to watch the movie, "Urban Cowboy"! I was working there during the shooting of the movie, Urban Cowboy with John Travolta, Debra Winger and the Mechanical Bull! I sang with the house band, The Bayou City Beats, at Gilley's from 1978 to 1987. It was great to be able to perform with such a talented bunch of individuals.

During my time at Gilley's I also performed on the 1984-85 season of Ed McMahon's Star Search and made it to the finals, where I lost to Durrell Coleman. Then after Star Search, I traveled the road with Johnny Lee (Lookin' For Love In All The Wrong Places) opening his shows. Johnny, Gilley and I were managed by Sherwood Cryer, who was the owner of Gilley's Club.

After years of drug abuse and boozin' it up, I finally was able to conquer those demons with the help of God, and I left the biz in 1987. Not because I thought the biz was bad, but because I was too weak and did not want to take a chance of falling back into my cesspool.

From 1988 until 2008, I was a human resources consultant / recruiter; supplying my clients with key personnel they needed. I retired in 2008.