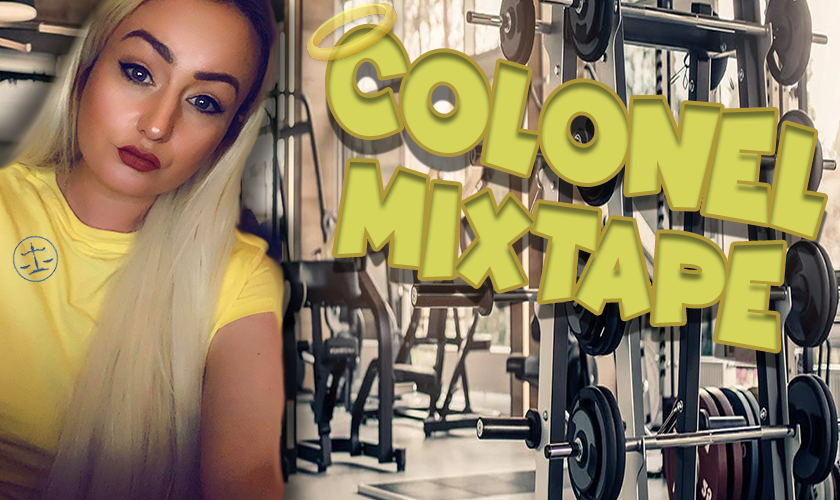 Each week you are participating to collect a token for that represents a suspect. The fourth token you are competing for is Colonel Mixtape!

Shockin Challenge Part A: You must sing any song that is available to you on the website.

Shockin Challenge Part B: At the start of your song recite the following tongue twister;
Creepy crawler critters crawl through creepy crawly craters. "Black Cat" is a hard rock song with arena rock influences. Its lyrics speak of substance abuse and gang violence. It was the final song recorded for the album, after Jackson, along with Jimmy Jam and Terry Lewis, composed its main riff when desiring a rock song to complete the record.

"Black Cat" received a Grammy Award nomination for Best Female Rock Vocal Performance, making Jackson the only artist in history to receive Grammy nominations spanning five genres (pop, dance, rock, rap, and R&B). The song also made her the first female artist to have a Grammy nominated number-one song which they had solely written and produced. It won a BMI Pop Award for Most Played Song. Upon reaching number one on the Billboard Hot 100, it also made Jackson the first solo artist to achieve two number one hits in the nineties. Now to figure out this Who Dunnit Mystery?
I'm hoping Mandy has 9 lives, as cats do...
& we'll see her lurking in the shadows here soon. Special Announcements...
Coming Soon...The Masked Snapper 2
Keep An Eye On The Contest Board.

As Always... Thanks for stopping by.
Your time & comments are valued & appreciated... As are YOU!

I have to work all weekend, but I hope to stop by your studio soon.
I really am looking forward to your songs & side challenges.