Robbg's Sing any Song That Has Meaning To You Contest

This holds special meaning for me because it reminded me of my hometown, here in this tropical region and our residence was near the river. My siblings, cousins and I have memories . We would cross the river to go to our aunt's house. Yes, t'was Christmas season, too and we wished we could just fly to reach the place. River is shallow though. But now, They have built a bridge and no need to cross the river to see friends at the other end.

I have included here an image of the Lobo River, where we used to "skate' using just our feet.

is a Christmas folk song by Joni Mitchell, from her 1971 album Blue. Although never released as a single, it has become one of Mitchell's most recorded songs.

The song is about the recent breakup of a romantic relationship, with the singer longing to escape her emotional bonds as they are painful to her. It is thought to be inspired by Mitchell's 1968-1970 relationship with Graham Nash. Although the song is merely set near Christmas time, rather than being about Christmas, it has become something of a modern Christmas standard. "River" is the second-most widely recorded song in Mitchell's oeuvre (432 recordings, behind only "Both Sides, Now"), frequently appearing on albums of Christmas music by pop, folk and jazz artists.

Roberta Joan Mitchell, CC (née Anderson; born November 7, 1943), professionally known as Joni Mitchell, is a Canadian singer-songwriter. Drawing from folk, pop, rock, and jazz, Mitchell's songs often reflect social and environmental ideals as well as her feelings about romance, confusion, disillusionment, and joy. She has received many accolades, including nine Grammy Awards. Rolling Stone called her "one of the greatest songwriters ever", and AllMusic has stated, "When the dust settles, Joni Mitchell may stand as the most important and influential female recording artist of the late 20th century".

Mitchell is the sole producer credited on most of her albums, including all her work in the 1970s. A blunt critic of the music industry, she quit touring and released her 17th, and reportedly last, album of original songs in 2007. With roots in visual art, Mitchell has designed most of her own album covers. She describes herself as a............ 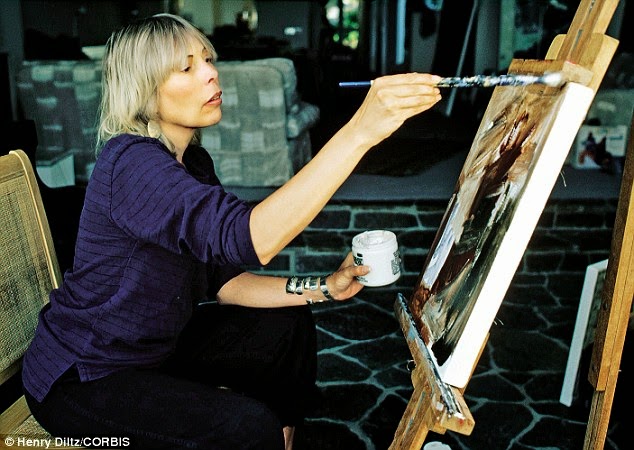 Self portait by Joni Mitchell

Good morning, stopping by for a listen, great song choice and a FANTASTIC recording of it!!

Heading out in RV on the 15th...limited internet will be on when able.!!

LOVED YOUR RENDITION MY FRIEND...

A lovely song, Rida, and your voice sounds just gorgeous. I love Joni.