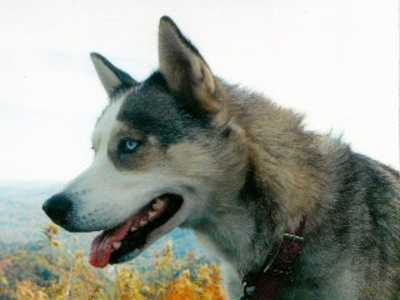 TAG68's real name is Teresa Grabler. Teresa is 53 years old, is located in Virginia / USA and has been a SingSnap member since March 31, 2009. She has a total of 4 public recordings that have been viewed 80 times and 41 achievement points.

Married to my beautiful wife, Amanda, since June 5, 2013. We would have eloped the day met in 2009, if it had been legal. We first connected in January 2009. In our wedding photo below, I'm the bride on the right that has a dress that looks like swirled frosting!

I can't really sing, so I joined SingSnap shortly after we started getting to know each other, to be able to "love" and comment on Amanda's songs. I did sing with her two times, though with her old account. I wish we had done more. We sang together all the time; she never cared that I couldn't carry a tune. (Every now and then, I was on key!)

One of our duets is available on under my recordings. The other was a gold song, so I just sang with her on hers. The goofy (just my type!) song The Twelve Days of Christmas.

I was diagnosed with a rare, aggressive, chemo-resistant cancer called leiomyosarcoma in September, 2017. But the first day we knew for sure that it was probably some kind of cancer was August 23, 2017. You can read about what I went through here: http://teresa.grableronline.com/

When things started to get bad, I asked Amanda to write a book about my experience. She promised to do so.

Teresa Grabler died on January 23, 2019. Six months before her 51st birthday. 1 1/2 years to the date (in August 2017) of when our FNP called with the scary news, "The radiologist cannot find your uterus; he thinks it's carcinosarcoma." The next evening, we were told to go to the hospital of our choice to get Teresa an emergency blood transfusion -- her hemoglobin was around 7 -- and to ask for the oncologist on call. The doctor they'd referred her to wasn't responding. The general surgeon on call ended up operating the next day; he and his team removed a 32lb tumor. Despite it being chemo resistant, every sarcoma specialist we went to was SURE the next chemo would work.

The people we met who have lived long term with stage 4 cancer (which hers became -- starting at stage 2 -- in less than a year) are the ones who either have hormone positive cancer and can take specific drugs for that (hers was negative) or who have surgeons who act like surgeons and do the surgery. Surgery is the gold standard of care for leiomyosarcoma. NOT CHEMO.

All Teresa wanted was another surgery. She healed from surgery super fast. She didn't care if she had to have one or two ostomies in the process. Just give her surgery so that she'd have a chance of making it to a time when there WAS a cure. But we kept getting told no -- because quality of life might be impacted (guess what impacts quality of life more than surgery? Dying.), because other patients had taken long to heal. .. And so forth. Teresa wasn't other patients.

Ultimately, we truly believe it came down to doctors not wanting their perfect rankings screwed up. Which is despicable.

The hospital she was admitted to on November 14, 2018, exacerbated her situation, and ultimately killed her. They had no one on staff competent to treat her surgically, nor treat the lymphadema in her legs, which was caused by the tumor pressing on her lymph system. She was admitted to that hospital, by ambulance, because it was the hospital associated with her cancer center, and on that day, her blood work showed her metabolic panel was really off -- dangerously high potassium, dangerously low sodium. They got that under control but they saw her as a "dead man walking," and kept pushing hospice - Teresa kept refusing. We got charged every time hospice came by anyway.

Her sodium and potassium were off because the insurance company kept denying home health to come see her. Home health was supposed to do weekly labs. They didn't get to do that. The hospital should have immediately transferred her, once she was stable enough to be moved; they didn't.

It was a tragedy of errors.

I (Amanda) am sharing this with you now in case anyone else on this site is going through something similar (especially if it's also with LMS -- whether or not yours is uterine like T's - it can originate in MANY locations!), and you're having trouble getting the care you need. I can't promise that I can make a difference, but I can tell you what didn't work for us. Nothing will take away the agony of being widowed, and the awfulness that not only am I a widow, but I lost well over half my financial support -- and I'm not old enough to collect widow benefits! But if I can help someone else's family from going through what we went through, I want to do that. Please go to my profile (linked at the top in the first sentence) and send me a PM.

I'll get back to you ASAP.

Please, no prayers. We were not religious, and being told we were being prayed for made us both extremely uncomfortable. Thank your for understanding -- or, at least, for respecting this request.