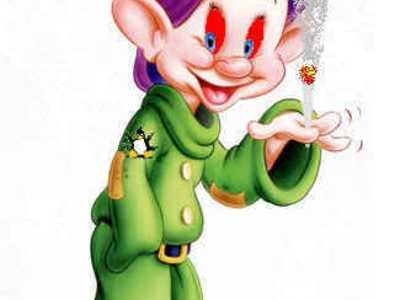 simon39's real name is Simon Wood. Simon is 53 years old, is located in United Kingdom and has been a SingSnap member since December 19, 2006. He has a total of 78 public recordings that have been viewed 4,226 times and 19 achievement points.

Dark Valley of Trazdar it's a land where the past, the present and the future co-exist together in a perfect harmony.

Our Valley is protected by Goddess Freya who give Power to our warriors to Fight, Love and Grace to people to live in Harmony and Magic to ballance our Lifes.

For the journey that begins today we have the best leader for adventures, Lara Croft, who chosed on her side the greatest people from our Valley:

Dr.Who the Alien Humanoid, Freya The Goddess of Love, Beauty and War, Dopey our little drop of fairytale, Sheena The Queen of the Jungle and Ultraviolet the Killing Machine.

We are prepared for everything, come and get us!!!

"Lara Croft is generally presented as a beautiful, intelligent, athletic, and somewhat reckless English archaeologist-adventurer who frequently ventures into ancient and hazardous tombs and ruins."

"The Sixth Doctor is the name given to the sixth incarnation of the character known as the Doctor.

The Doctor is a centuries-old Time Lord alien from the planet Gallifrey who travels in time and space in his TARDIS, frequently with companions."

"Norse Goddess Freya, Mistress of Love, Beauty and War and also a fertility Goddess, one of the Vanir.

Fierce and lovely, Freya embodies the grace, power, and magic that the word Goddess conjures up, she is the patron Lady of young lovers, warriors, many witches, and cats.

Her magic is strong and her compassion is legendary!"

"Dopey is a dwarf is 4ft 1, and weigh 18 stone.
He has a magic rod with vast power and he sleeps under beds.
He is a very cheeky dwarf and sings all day.
He likes to help out but always gets things wrong."

"Sheena, Queen of the Jungle, possessed the ability to communicate with the wild animals, adopting their forms once she gazed into their eyes.
Also depicted as a ferocious killer as humanoid, proficient in fighting with knifes & other makeshift weapons."

"Ultraviolet was infected with hemoglophagia over a decade ago and after being detained and studied, she loses her husband and her unborn child, so now she an emotionally dead killing machine.

She is hired by an underground resistance movement of hemophages waging a guerrilla war against the Arch-Ministry and its megalomaniacal, mysophobic leader."