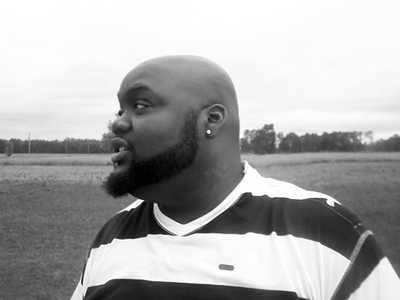 Roderick1's real name is Roderick McKoy. Roderick is 37 years old, is located in North Carolina / USA and has been a SingSnap member since September 5, 2007. He has a total of 70 public recordings that have been viewed 7,561 times and 9 achievement points.

My dream has always been to be a Vocal Artist. I've been singing my whole life starting when I was just a boy at 5 years old. I remember when I joined the children's choir at my church, under the direction of Evan. Sylvia M. Pope. I was always the shy one, I never asked to be a soloist, I preferred singing in the background. Until one day when a close friend of mine said "Get R. D. to sing it, he has a nice voice", I was put on the spot I was so nervous. But once I got the first couple of words out it was no turning back. It dawned on me, there's only a handful of us that has this special gift from God and I needed to use it before he gave it to someone else. So every time the choir got a chance to sing I volunteered for solos and every time the director gave it to me. It became natural.

Later on in Junior High I joined the Chorus under the Direction of Mrs. Sherry Baysa an awesome music teacher who introduced me to singing. And Joined Theatre Arts with Ms Renee Bovee who taught me the theatrical side of music and dancing; The full comfort of being on stage and how to use it as my instrument as well as my voice. I had the chance to perform at multiple community functions so many good memories. Later on that year the school talent show. I made the tryouts and won 2nd place. I was ecstatic. It felt awesome to graduate from junior high with so many accomplishments.

But when I hit High school, I started out in Show Choir under the direction of the infamous Mrs. Carolyn Dorman, Show Choir was basically an entry level Chorus for beginning talents. I don't know why but I was so nervous my first day I guess it was because the change of environment this was the BIG DOGS or at least I thought it was at the time. My older sister had Mrs. Dorman back in 88 so she already knew I was from a talented family, she already had high expectations for me which made me even more nervous. It finally came time for us to show her what we could do musically.. So I sang " Small part of the world" acapella the look on her face I'd never forget. She was pleased. So I started working hard at training perfecting my voice. And learning to sing different genres of music. Later on I was promoted to Honors Ensemble and became a Student director where I helped train students voice techniques and taught choreography, and was awarded multiple times for high achievement. My junior and senior years where awesome I got to perform up and down the east coast from New York at Carnegie Hall and Macy's Thanksgiving Parade down to Orlando Florida at Disney World. My High School music career really opened me up to the music world. And really encouraged me to work harder to pursue a my dream of being a Vocal Artist.

After I graduated unfortunately I wasn't ready for college so I started working. But still kept my vocal chords going performing at various karaoke bars and singing on online community karaoke sites. I've received thousands of compliments and made so many new friends and fans. Then I decided to open up a business as an Event Vocalist. So a couple of friends and I came up with a boy band named " One Accordance" due to hectic work schedules and busy lives One Accordance fell apart but not forgotten. So I decided to step out on my own created a Myspace music page http://www.myspace.com/rode... and became " New Rendition", Later on I hired a manager and started laying down the sturdy foundation of New Rendition.

Presently Im still in the beginning stages of my career, making excellent strides and decisions To Bring New Rendition to your neighborhood, My Goal is to spread my gift as far as the eye can see. Helping you celebrate the everyday endeavors in your life from your Holy Matrimony to the celebration shower of your baby's birth. I also want to represent the growing individuals out there that desire to make something of themselves and just don't know where to start. I want to let them know that it is possible, you can fulfill your dreams because everyday im fulfilling mine. I don't want to take the route so many that came before me has.. I want to create my own path.... I want to be unique, The " New Rendition "
Hometown:Dunn, N. C.