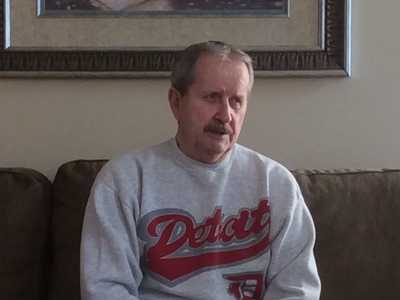 "Lexophile" is a word used to describe those that love using words in rather unique ways, such as "you can tune a piano, but you can't tuna fish", or "to write with a broken pencil is pointless." A competition to see who can come up with the best one is held every year. This year's winning submission is posted at the very end.

When fish are in schools, they sometimes take debate. A thief who stole a calendar got twelve months. When the smog lifts in Los Angeles U.C.L.A. The batteries were given out free of charge. A dentist and a manicurist married; they fought tooth and nail. A will is a dead giveaway. With her marriage, she got a new name and a dress. A boiled egg is hard to beat. When you've seen one shopping Center you've seen a mall. Police were called to a day care Center where a three-year-old was resisting a rest. Did you hear about the fellow whose whole left side was cut off? He's all right now. A bicycle can't stand alone; it is two tired. When a clock is hungry it goes back four seconds. The guy who fell onto an upholstery machine is now fully recovered.Written on an outhouse door at The Gomba Lodge in Thyangboche (near Mt. Everest): "We aim to please, you aim, too, please"

This is for those of my older generation who do not really comprehend why Facebook exists. Presently, I am trying to make friends outside of Facebook while
applying the same principles.

Therefore, every day I go down on the street and tell the passers-by, what I have eaten, how I feel, what I have done the night before and what I will do tomorrow night. Then I give them pictures of my family, my dog and me gardening and spending time in my pool. I also listen to their conversations and I tell them I love them. It works.

I already have 3 people following me:
2 police officers and a psychiatrist.

For those of you old enough to remember Red Skelton, I think you will enjoy this e-mail. For those of you not old enough you will see what you missed. Either way, his humor was always clean and he was a great entertainer. A re-run of great 'one liner's' from the man who was known for his clean humor. I hope you get a chuckle or two reading them once more.

1. Two times a week we go to a nice restaurant, have a
little beverage, good food and companionship.
She goes on Tuesdays, I go on Fridays.

2. We also sleep in separate beds.
Hers is in California, and mine is in Texas.

3. I take my wife everywhere,
but she keeps finding her way back.

4. I asked my wife where she wanted to go for our anniversary.
"Somewhere I haven't been in a long time!" she said.
So I suggested the kitchen.

7. My wife told me the car wasn't running well
because there was water in the carburetor.
I asked where the car was. She told me, "In the lake."

8. She got a mud pack and looked great for two days.
Then the mud fell off.

9. She ran after the garbage truck, yelling, "Am I too late
for the garbage?" The driver said, "No, jump in!".

10. Remember: Marriage is the number one cause of divorce.

11. I married Miss Right. I just didn't know her
first name was 'Always'.

Can't you just hear him say all of these?

I love it. These were the good old days when humor didn't have to start with a four letter word. It was just clean and simple fun. And he always ended his programs with the words,

"And May God Bless" with a big smile on his face.