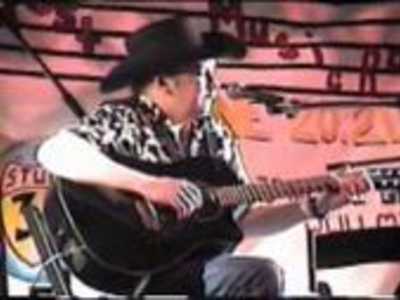 kwhoffman's real name is K.W. Hoffman. K.W. is 50 years old, is located in Arkansas / USA and has been a SingSnap member since June 12, 2008. He has a total of 2 public recordings that have been viewed 101 times and 13 achievement points.

I Would Like To thank All My Friends on Sing Snap That Voted For Me!!! Thanks, K.W. Hoffman

I hope you will all purchase a copy of my CD "Acoustic Crossroads" it is original songs that I have written. The CD is available @ www.amazon.com

K. W. Hoffman was born and raised in Monticello, AR. He began performing classic country music locally in the 1990’s as a weekend hobby. He paid Tribute to a Legend by performing as a Hank Williams Jr. impersonator in 2006. In March 2007 he auditioned for ABC TV’s “The Next Best Thing” in Orlando, FL and landed an appearance on National TV and he also appeared on Florida’s WFTV 9 local news. His performances as Hank Jr. included shows in LA, MS, FL, IA and his home State of Arkansas. Friends and fans encouraged him to write and perform his own music. He submitted 3 original songs to Arkansas’s most popular, Award Winning, Country Radio Station KSSN 95.7. KSSN featured his song “Your Everything In The World To Me” on their Home Grown Music section and played it several times on the air. The song is now listed nationally with the Clear Channel Radio Network and K.W. Hoffman’s Independent Music career as a singer/songwriter began. He currently Won the "Home Grown Artist" of the week (2-13-09) for his song "Out Of My Mind" it was also played on the air. He has been ranked the Top Country Independent Artist for Arkansas by Myspace.com's TOP ARTIST'S and was in the TOP 5 for several months. His recent performances include 3 performances at the Songwriter festival in Nashville, TN in June 2008. "The Poets Loft" Hot Springs, AR, & Counterpoint at N. Little Rock, AR. He now has 3 songs listed on KSSN Radio's Home Grown Page & 2 on the Clear Channel Radio Network. His CD of original music is now on sale @ Amazon.com! For BOOKING INFO contact through www.myspace.com/hankwilliamsjrimpersonator, or hankjrtributeartist@yahoo.com for contact info. Link To CD @ Amazon http://www.amazon.com/s/ref=nb_ss_gw?url=search-alias%3Daps&field-keywords=k+w+hoffman&x=17&y=14