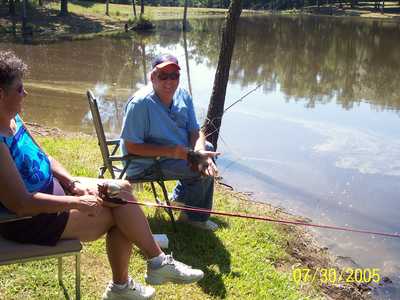 kickerpicker's real name is Roy Ryland. Roy is 82 years old, is located in Louisiana / USA and has been a SingSnap member since January 27, 2010. He has a total of 40 public recordings that have been viewed 1,280 times and 196 achievement points.

I spent twenty wonderful years serving my country in control towers and radar approach control facilities at Naval Air Stations and Aircraft Carriers all over the world for the U.S. Navy. It was fun while it lasted!!

During that time I always had my guitar somewhere close by, and it has helped me through the trying and lonely times when I had to be away from my family! I've developed a love for music that, even now in my twilight years has never waned.

Even though I don't have the voice for it, I love to sing!

SingSnap has been the best "spare moments thing" that has happened to me lately!! So many talented people, so many new friends.

I have a wonderful wife, Donna. She and I are both Louisiana Cajun people and we were both raised in French speaking households, so we both have a spattering of the Cajun language which we use occasionally just for fun!!

I had six children, four boys and two daughters, but I lost my second oldest son, Scott in May of 2012. It left a huge hole in my life. The rest of my children live near us now, except my oldest son who is still living near Atlanta, Ga with his family. His wife "1Molly" sings here on S/S. We have two schnauzers, Sasha and Scooter which we've shortened to "Sosh" and "Scoot".

When our finances permit, Donna and I attend bluegrass festivals where we have met some wonderful, fun loving and music loving people!

I still play lead guitar here locally when the opportunity arises.. I also jam with my pickin' friends on a regular basis..