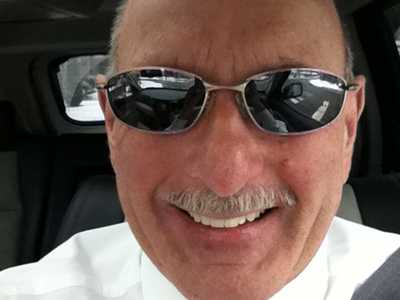 jayef69's real name is Jaye Fayed. Jaye is 69 years old, is located in Washington / USA and has been a SingSnap member since October 31, 2007. He has a total of 50 public recordings that have been viewed 7,150 times and 409 achievement points.

I served active duty in the U.S. Army Recruiting Command for 21 years. I was in a few rock bands in my Jr and High school years. For 2 years was guitarist and lead singer with the Armed Forces Rock Band that toured across Europe.

My hobby is singing, surfing, NHRA drag racing and karaoking, going to the movies and just having fun.

I love the ocean and listening to all the talent on SingSnap. I love doing duets too.

After I retired from the Army and I entered the automotive business and have been in car sales 30 years for Jeep, Chrysler and Dodge and Ram.

I have been married for 36 years to Sandy.

All my songs are set to open duet's allowed. Thank you for listening and commenting on my songs. I will return all comments back at your studio.

I try my best to match up as close as I can to the original singer or group when I record. I sang this song and used Elvis video when he was singing at his concert in Hawaii and synced my voice with the video. Elvis always said that this was his most difficult song that he ever sang in his concerts but he nailed it each and every time. He was and is the greatest crowd pleaser and I am his biggest fan. I hope you like this and it is my pleasure and an honor to sing this song for you. On the anniversary of the 40th year of his passing this is my Tribute song to the King Mr Elvis Presley. (haw) As another person told me "He was music's greatest gift".