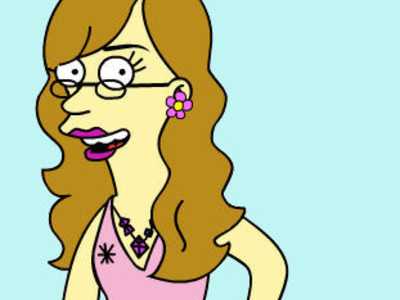 DiamondHead is 46 years old, is located in Germany and has been a SingSnap member since September 14, 2007. She has a total of 107 public recordings that have been viewed 15,964 times and 171 achievement points.

No, I'm not gone for good... I just haven't been online much lately. The main reason is that other projects have kept me occupied, like... work

Or reading, painting, piano playing... The day, it turns out, really does have only 24 hours.

Unfortunately there is no compromise - either I spend enough time online to not only record a song once in a while, but also visit my friends and participate in contests... or I only sing when I feel like it and miss out on all the rest of the fun... which is not how I understand this community. Not to mention that being gold costs money.

Scylla or Charybdis - what's it gonna be?

I'm speechless! The chicken duet got voted into the Hall Of Fame!!! Thank your very much for your votes! I'm happy, honoured, flattered - and scared, because now my two silliest and goofiest - well, let's face it: wackiest - songs can be found in the HOF... lol!!!

I can't believe I've completely forgotten to update my profile and throw away all that stuff about my moving... lol!

Well, the big move is over and done with, but I'm spending too much time swimming in Lake Constance instead of unpacking boxes, and so I'm still living in the midst of chaos... but what the heck! It's beautiful here!

This is a black day. I can't believe so many more songs are lost.

Whatever the reasons, I strongly believe it's the song data base that forms the core and spine of any karaoke site. Everything else, however pleasurable and original, is only a bonus...

The most amazing thing happened! A few days ago I got an email from SingSnap support - and I nearly let it rot in my junk mail folder... but luckily I did open it, and inside was big news: I got sponsored! YEEEAAAAH!!!

I'm so happy for the opportunity to try out the gold features! I can hardly wait :)))

I'd like to express my sincere thanks to she'll-know-who!!!

It's amazing how my recordings have started to pile up... it's a jungle! I don't care if anybody misses out on my umpteenth recording of "White Christmas", but I'd like to make access to my parodies easier. So here they are:

(http://www.singsnap.com/snap/r/c3127aaf5 lost due to license problems)

You might have noticed that I've left out a couple of songs that might be mistaken for parodies accidently...

I've finally harassed my hubby enough and he's started recording... maybe you can spare a minute to listen to him?

His username is SingThor and this is the link to his recordings:
http://www.singsnap.com/snap/watchAndListen/recordingsForUser/bc30d8c

Well, what's there to tell? I'm 33 years old and I live in the middle of Germany (though I'd much rather live by the sea!). I've studied mathematics and now I help kids develop better learning skills and make the most of their personal and intelectual potential.
I'm happily married, no kids, no pets - at least not at the moment

I've always loved music. At the age of 6 I started begging my parents to let me take piano lessons, until they ran out of reasons to say no. Thus I got what you might call a rather "classical education". Yet singing never was part of it... I was dead certain I had the kind of voice other people shouldn't be exposed to.

Unfortunately singing was a rather big issue at school... and I didn't want to risk my marks! So I compromised by joining the school choir when I was offered the job to play the piano and accompany the singers' public performances...

It took something out of the ordinary to make me discover the pleasures of singing. In the spring of 07 I had a spontaneous idea - I decided to produce an audio book for my husband's next birthday. But, alas, I wasn't any good. I sounded shy, boring and lifeless. The microphone in front of me killed all my courage! I was on the verge of giving up, but then I stumbled across online karaoke web sites... and after a short while my awkwardness dissolved. I even discovered that my voice probably doesn't fall under the regulations of the GC after all!