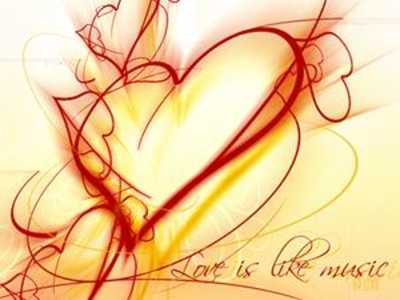 AngBarnsley's real name is Angela Kirk. Angela is 36 years old, is located in United Kingdom and has been a SingSnap member since March 17, 2008. She has a total of 14 public recordings that have been viewed 873 times and 22 achievement points.

Well I don't really know what to write, but I suppose I'll start with telling you a bit about myself.

My name is Angela and as you've probably guessed, I live in the sunny town called Barnsley in England, ha ha who am I kidding, it's always rainning here and if there's anyone from Barnsley reading this right now, you probably know what i'm talking about! I'd love to live in the Sunshine State, what I wouldn't give to move to Florida!!!!! I'm beginning to forget what the sun looks like living here!

My greatest love and passion in my life is my two darling little daughers Crystal who's six in November and Hailie who turned four in April. They're my little Angels and even though they ain't as innocent as they look, I still love them to bits, wouldn't change them for the world! Then there's Steve who is the love of my life, he's like a guardian angel in my eyes, I owe him everything for how many times he's saved me. He's gave me a lot in the seven years we've been together and in the year before when we were just friends. I love him with all of my heart and everything that I am!!!!!

What else can I tell you... Erm...I'm 23 year old and I don't think I really need to state the obvious but I really love to sing, i've always had a real passion for singing for as long as I can remember. I can still remember my first karaoke, I was about six or seven years old and my Mum and Dad took me to a party at The Archers Pub near Barnsley town centre. It was either a birthday party or a kids Christmas disco and my Mum got me to sing Otis Redding's Sitting On The Dock Of The Bay, I knew all the words off by heart. I think it was one of my Mum's favorite songs because I can remember hearing it around the house a lot as a child.

I was also in the school choir at Holgate, by that time I was hooked, music was a really big part of my life back in high school. It helped me through some really dark days, listening to the Backstreet Boys music did especaily, still does when life gets me down! So I say a huge thanks to them, I was a massive fan back then when they first started, probably even more so now. I was a fan of theirs at the beginning, I'm still one now and I will always be a Backstreet Boys fan, even to the end when my ashes are being scattered to the wind. I Have all of their albums, singles and solos! I love there new stuff, I still love their old stuff too, Brian and Nick's solos are so amazing, they're so vocally tallented, their voices are just increddible. I haven't heard A.J's or Howie's yet because they aren't out yet but i'll be having them when they are. I think A.J's solo is going to be cool, his voice is definately one of a kind, his vocals have such a vibe to them. As for Howie, his voice is so sweet, how he hits them high notes is unreal.

I've had a thing for singing ever since I can remember, it's a big part of my life, I'm at my most happiest when I'm singing because it just makes me feel so alive. I've won a few karaoke compertions and I've been wanting to go on X Factor or Britains Got Talent but I haven't got any transport. As soon as I get a car I'll be straight there because you never know unless you try right?